Not only a problem for pet owners, but fleas are also a dangerous pest that can transmit several life-threatening diseases such as the plague, typhus, and cat scratch fever. They can also cause infections and anemia in domestic pets.

If you are struggling with a flea infestation, learn some essential facts about them, including whether or not they can burrow under the skin and how to eliminate them. Just one flea often indicates that more are present or highly likely to appear, making it crucial for you to take care of the problem as soon as you notice it. For effective and reliable pest control in Pensacola, EnSec has the expertise you need to eradicate fleas safely and for good. 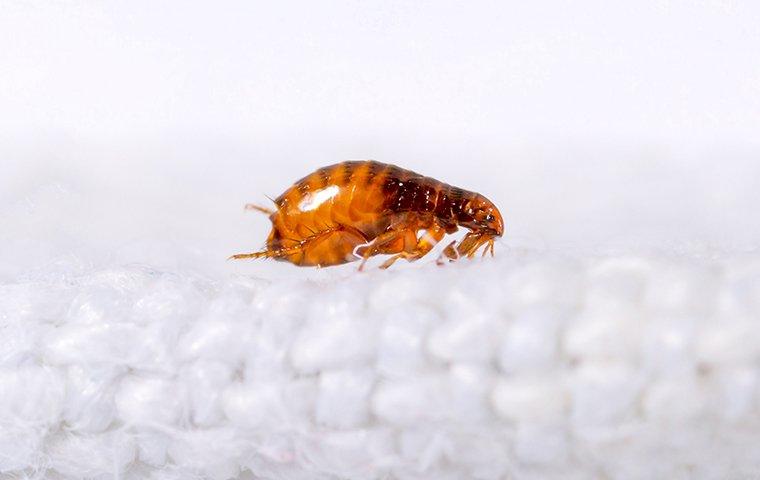 Fleas are tiny insects that depend on the blood of hosts for survival. Generally brown before feeding, they will take on a darker shade of red when full of blood. Like other insects, they have six legs, but their hard and flat body makes them difficult to crush. Here are a few facts about fleas you might not know about:

Fleas are not only tiny, but they are also very resistant and quick to hide. If you see flea symptoms on your pets or even yourself, now is the time to reach out to the experts before the infestation gets out of control.

Do Fleas Die Without A Host?

The short answer is yes, fleas will die without a host, and they will need to find one within two weeks of becoming adults. The pupae can stay dormant for several months if no suitable host is detected, making it possible for a flea infestation to develop in a previously empty house. Besides, fleas will start reproducing very quickly after feeding for the first time. Adaptable, they will even select humans as hosts if pets are not present.

Is It True That Fleas Burrow Under Skin?

Yes, some fleas will burrow under human and pet skin. In the case of sand fleas, females will lay eggs under the skin and cause diseases, including tungiasis, which can cause anything from infections to gangrene. Even if they do not end up burrowing under the skin, when they cause flea bites on humans, you can suffer from allergic reactions, dangerous diseases, and more.

The best way to get rid of fleas is to reach out to a pest control company for advice tailored to your situation. There are many reasons you might have ended up with fleas in your home. Even if they came in through on an infected pet, fleas are increasingly resistant to over-the-counter products. Depending on the size of the infestation, you may need additional treatments.

Fleas reproduce quickly and can cause many health issues, including severe anemia in pets and common symptoms like itching and infections. If fleas have taken over your Pensacola home, it is crucial that you control the infestation as soon as possible. The pest control experts at EnSec can help you quickly and safely end your flea problem.

“ Eric is very knowledgeable and passionate about his work. He explained to me the best practices I can do on my end to keep pests out of my house. I was really worried that the bugs and critters would make a bee line for my house during all these recent cold spells, but I followed Eric's advice and have not had any problems. I recommend him.”

“ Overall very happy with all the services of Ensec Pest & Lawn. My wife and I just got a new home and the yard was in really bad shape. I found out about Ensec through a coworker and Jamie the sales rep met with me so we could decide what needed to be done. Jamie was very easy to relate to and with all of her help and suggestions I’ve now got a lawn that I can be proud of! I highly recommend Jamie Mullinnix and Ensec Pest & Lawn.”